The Glass Extension - A Brief History

The earliest orangeries did not have glazed roofs (known today as roof lanterns), so to ensure the maximum penetration of nurturing warmth and light from the low winter sun, the fenestration which punctuated the stone or masonry construction of the orangery elevations, would include arrangements of generous floor-to-ceiling glazing. With time, the opening arrangement for these shafts of light became more and more sophisticated, from doors with removable panels, to fantastic triple-hung sashes. 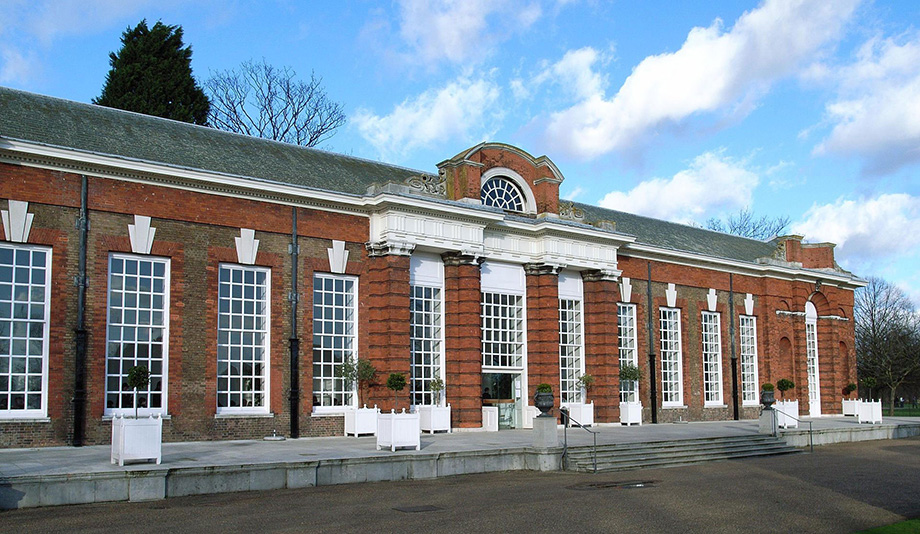 The orangery at Kensington Palace (1761) is the earliest surviving work there by Sir William Chambers. At 28 m (92 ft) long, it was the largest glasshouse in Britain when it was built.

The surrounding terrace of the orangery was integral to its design and purpose providing a plinth for the huge container bound trees which made the transition from inside to out every spring. Charged by the sun, the stone or masonry elements of these orangeries would absorb energy and radiate warmth during the cold winter evenings. During the hot summer months, the solid roof of the open orangery would provide welcome shade for both the trees and the ladies and gentleman who took to promenading on the orangery terraces.

Typically long and narrow with very tall symmetrically ordered elevations, these remarkable orangeries became the focal feature of the formal gardens of the wealthy land owners throughout central Europe. With time, the fashion to import the defining elements of the classical period clearly became irresistible. Hence it’s that (albeit on a domestic scale), the orangery of today will reflect the same sense of symmetry and order in its elevations; and whether in timber, masonry or stone, will incorporate plinths, pilasters, entablatures, pediments and columns typical of the classical period.

Orangeries of today will almost certainly have a roof lantern, typically supported off a cantilevered integral guttering assembly. Curiously it’s this latter detail which has become the primary focus in defining orangeries within the contemporary conservatory market, but clearly there’s much more to it. 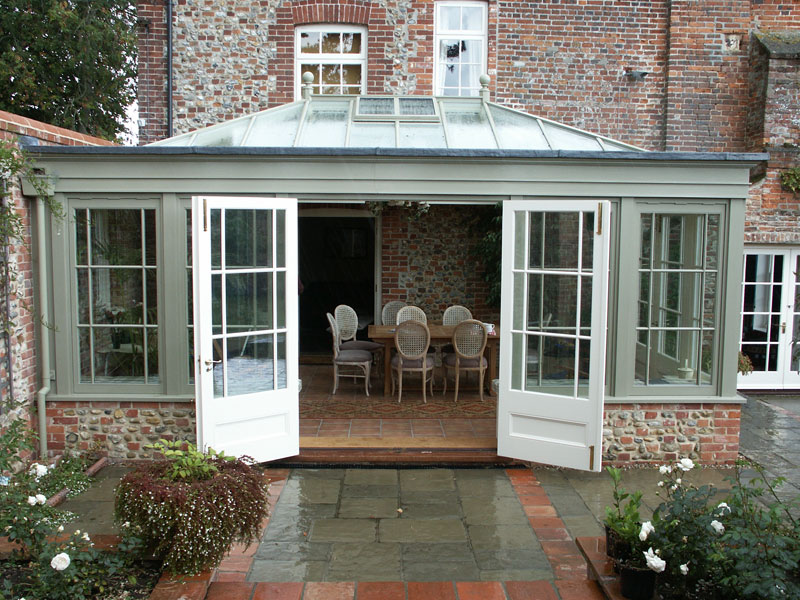 A beautiful orangery using traditional detailing (pilasters, entablature and a roof lantern) built on a dwarf wall to match the house. 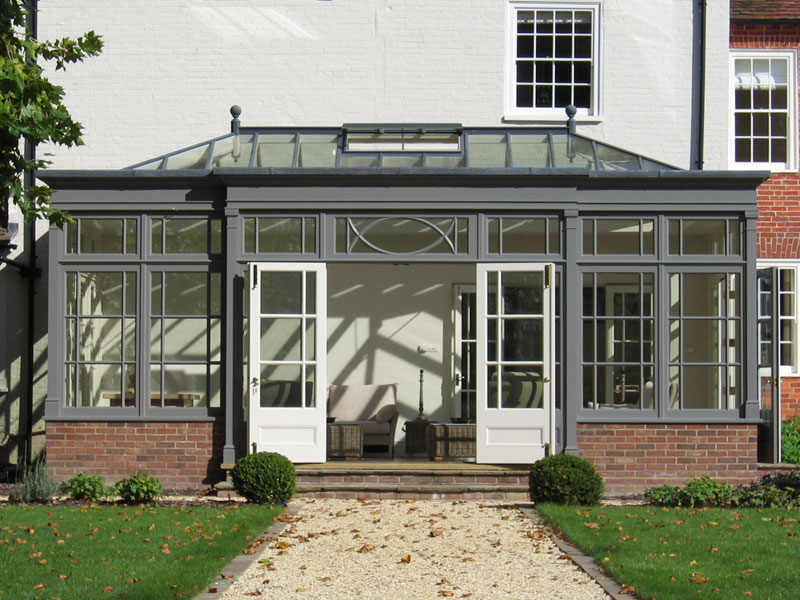 A large orangery with a roof lantern, projecting bay and fanlights giving additional height to the structure.

Conservatories were the successors to the orangeries of the seventeenth century. The development of technology in the Industrial Revolution meant that greater swathes of glazing could be incorporated into the original orangery design. Conservatories were built from a combination of glass and wood, and later glass and iron. The delicate framing typical of conservatories reached its pinnacle with the Crystal Palace of The Great Exhibition of 1851, and the spectacular iron and glass roofs which remain a feature of many of our city’s great railway stations to this day. 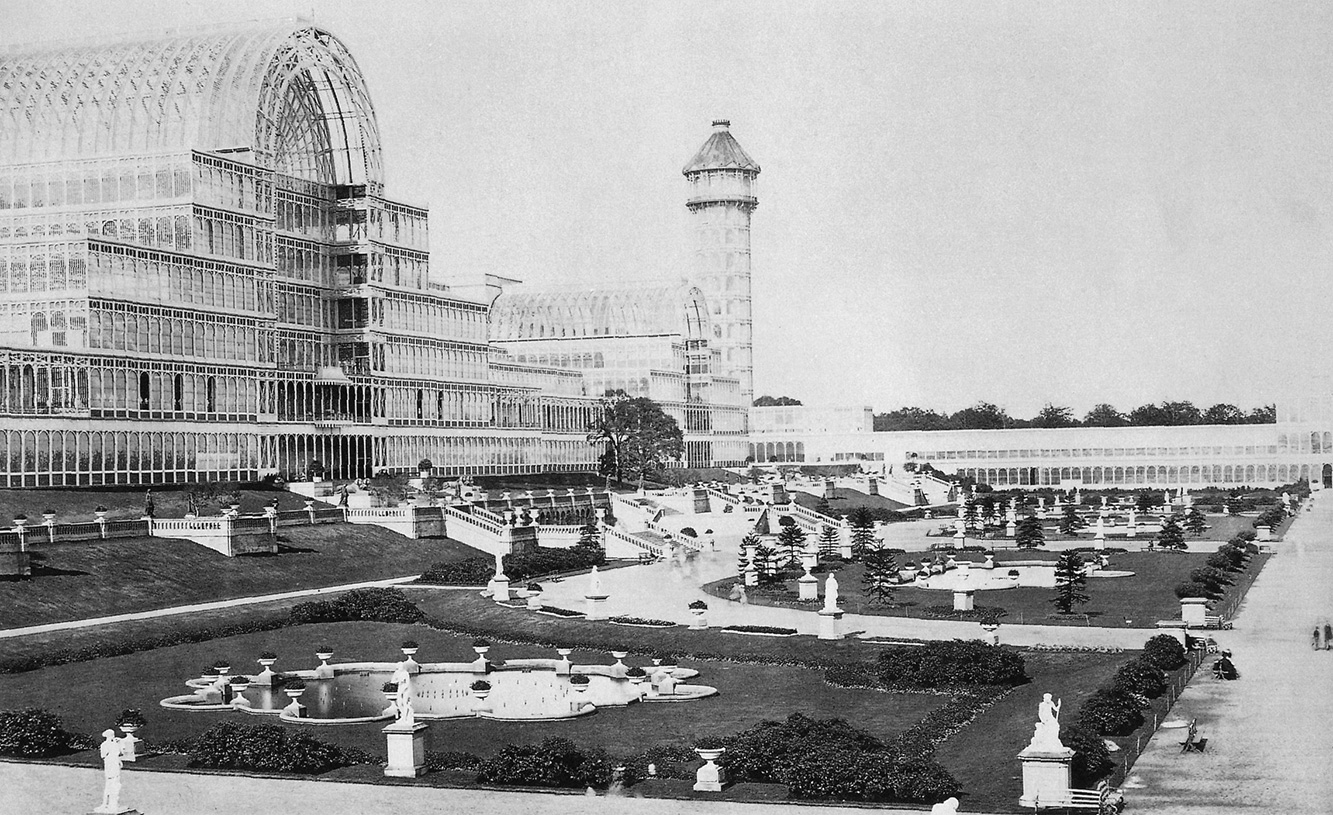 The Crystal Palace after its move to Sydenham Hill in 1854.

On a domestic level, the installation of conservatories remained the preserve of only the very wealthy. Their country house estates would include functional horticultural glass houses within great walled kitchen gardens, and spectacular conservatories for nurturing rare plants and exotic birds. It was not until the early part of the 20th Century that the fashion came within reach of the burgeoning middle classes. Conservatories could be selected from catalogues prepared by specialist suppliers who were tailoring their production knowledge of building horticultural glass houses, to meet the aspirations of domestic propriety. Once the height of Victorian invention and elegance, a great fashion was born that still continues today in one form or another. 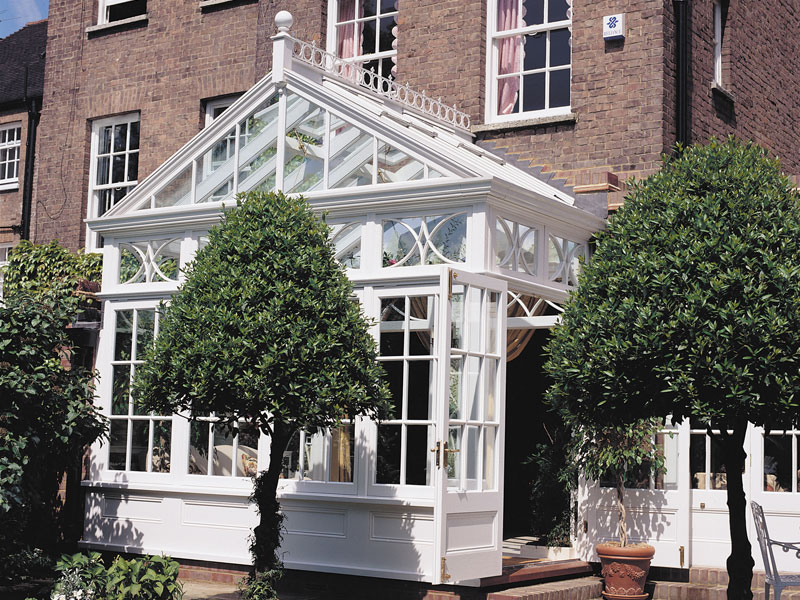 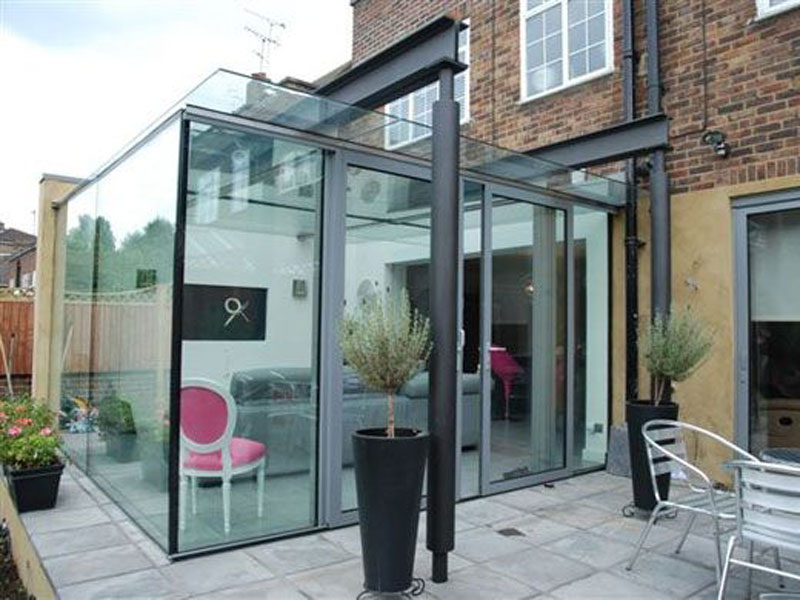 If there’s one common theme which links most contemporary conservatories, it’s that they’re now almost exclusively built as home extensions. The majority of modern-day conservatories and orangeries (glass extensions) are designed to provide extra space for the family; usually as part of a kitchen/diner and backing onto the garden. We still want to benefit from the same feeling of light and space that our Victorian forebears enjoyed but tendering to exotic birds and rare plants are not normally part of the equation!